Nuclide provides the capability to show you line-by-line blame (or annotate) for the current file within your Mercurial repository.

Right-click in the editor and select Source Control | Toggle Blame in the context-aware menu. 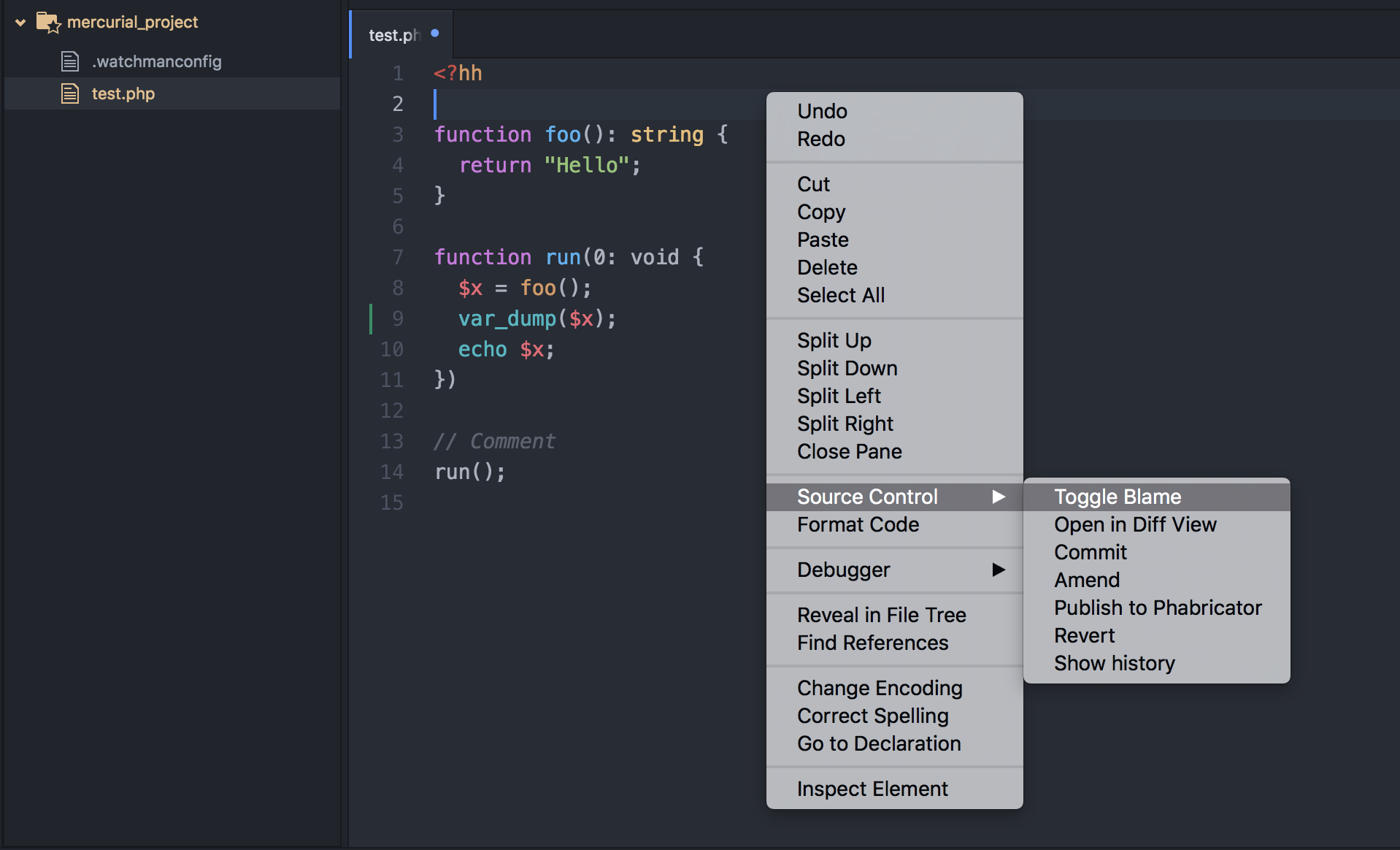 The gutter displays the last commit hash on which there was a change for the line and the user who made the change. 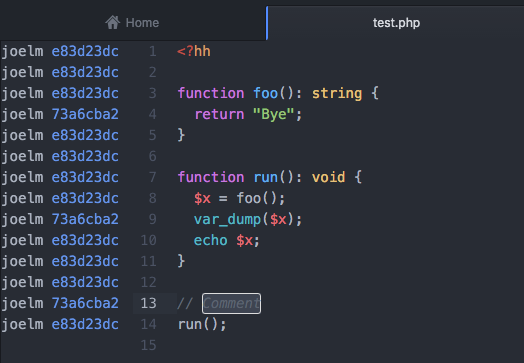 To the left of the Editing Area is Nuclide’s Project Explorer. The Project Explorer’s File Tree tab shows you all of the files that are in your project. In a Mercurial project, the File Tree will also show you what files have changed since your last commit.

This is a built-in Atom feature that displays in the gutter showing any lines that have been modified since the last commit.

This feature is not enabled by default.

To enable this setting: 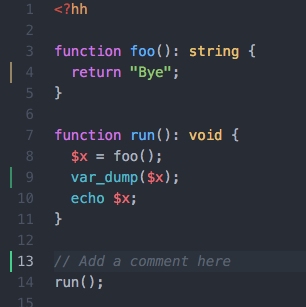 This is a built-in Atom feature that displays in the status bar showing the number of lines that have been added and/or removed since the last commit.

If you change a line (not added or removed), that counts as both an add and a removal, so you might see something like “+1, -1” for a one line modification.

The status bar also shows the current Mercurial bookmark on which you are currently working.