Nuclide has built-in support for the React Native framework. React Native provides a set of components and extensions that allows you to easily write native iOS and Android applications using the Flow and JavaScript programming languages and the React UI library.

If your React Native apps are primarily written in Flow, you get all of its features within Nuclide, including Autocomplete, Code Diagnostics, etc. 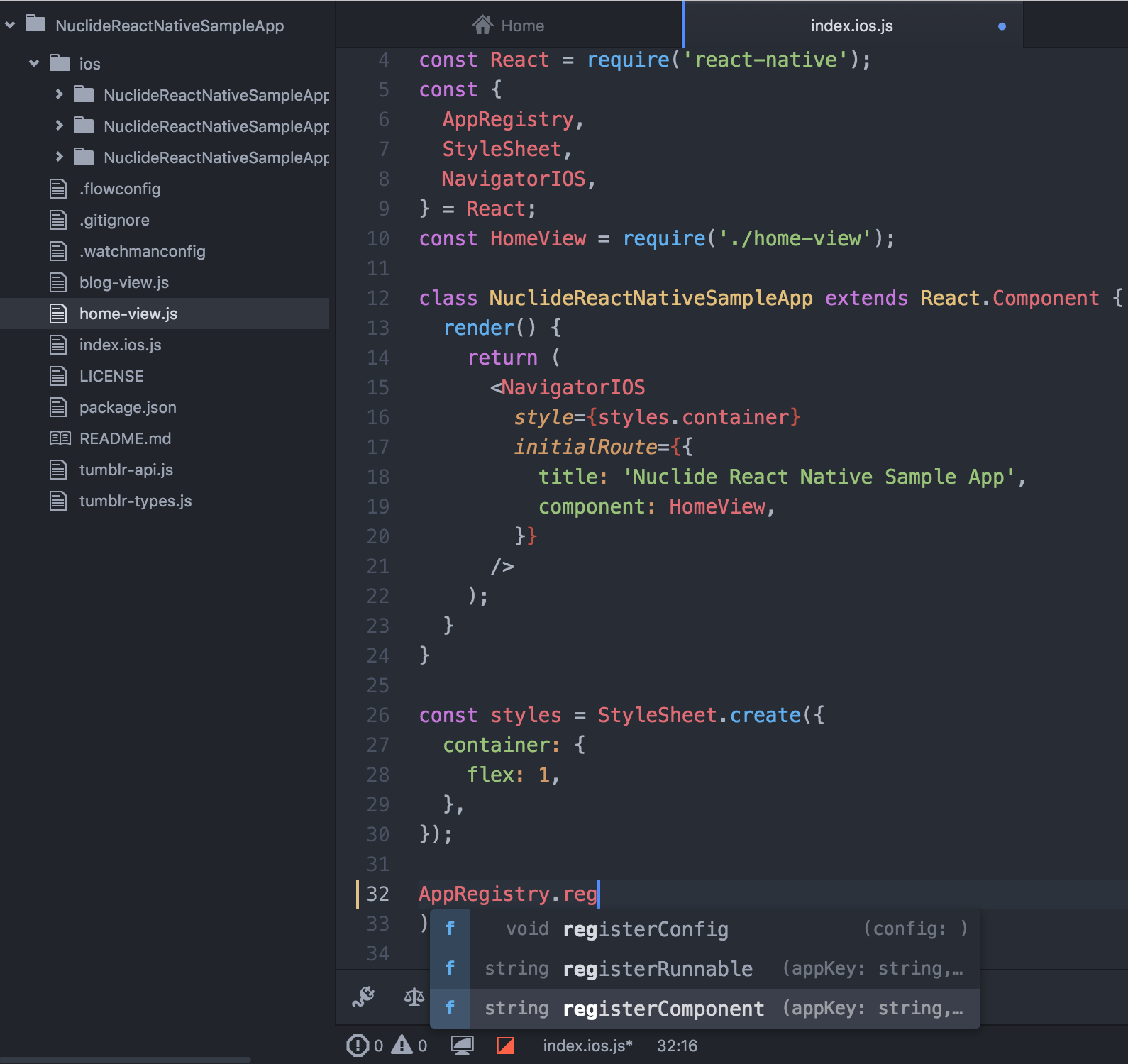 You can also write native iOS (Objective-C) code with React Native, and get features such as Automatic Square Bracket Completion from Nuclide when doing so. Native Android code written in conjunction with React Native has minimal support.

All React Native features are currently available from the Command Palette.

You run Metro from Nuclide and your application from the command line.

From the Command Palette, choose Nuclide Metro: Start to start Metro. The output in the Console panel indicates if Metro started or if it encountered any errors. 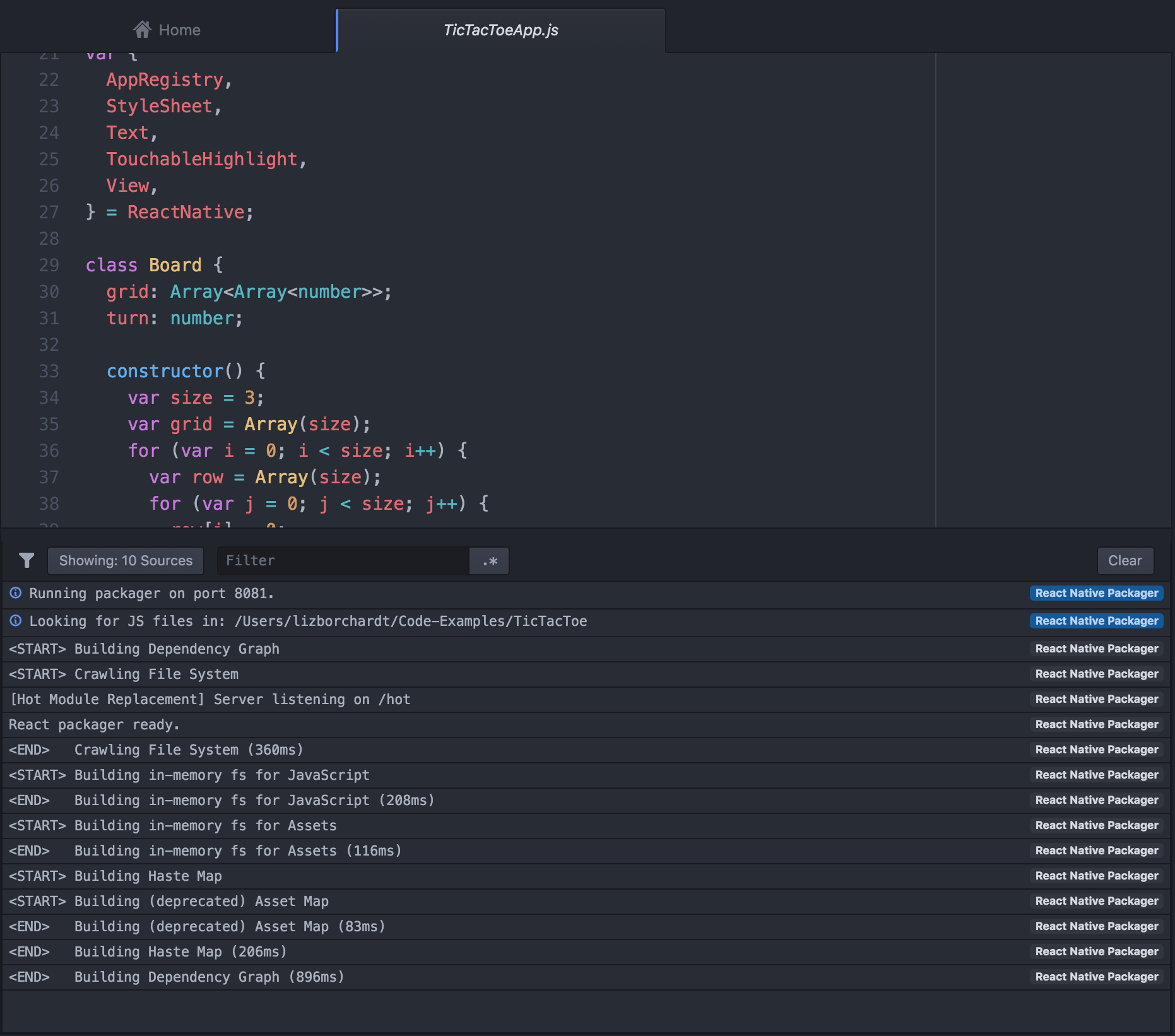 The server runs on the default port 8081. You can stop and restart the server at anytime.

Ensure that you are in the root directory of the React Native project, then run the application from the command-line:

This should bring up the Simulator with your running application inside.

Nuclide has support for React Native for iOS.

In order to use React Native within Nuclide, you must install it.

Launch Metro from within Nuclide.

Start your React Native application from the command-line.

Nuclide provides an Element Inspector, where you can view and toggle properties of your application. 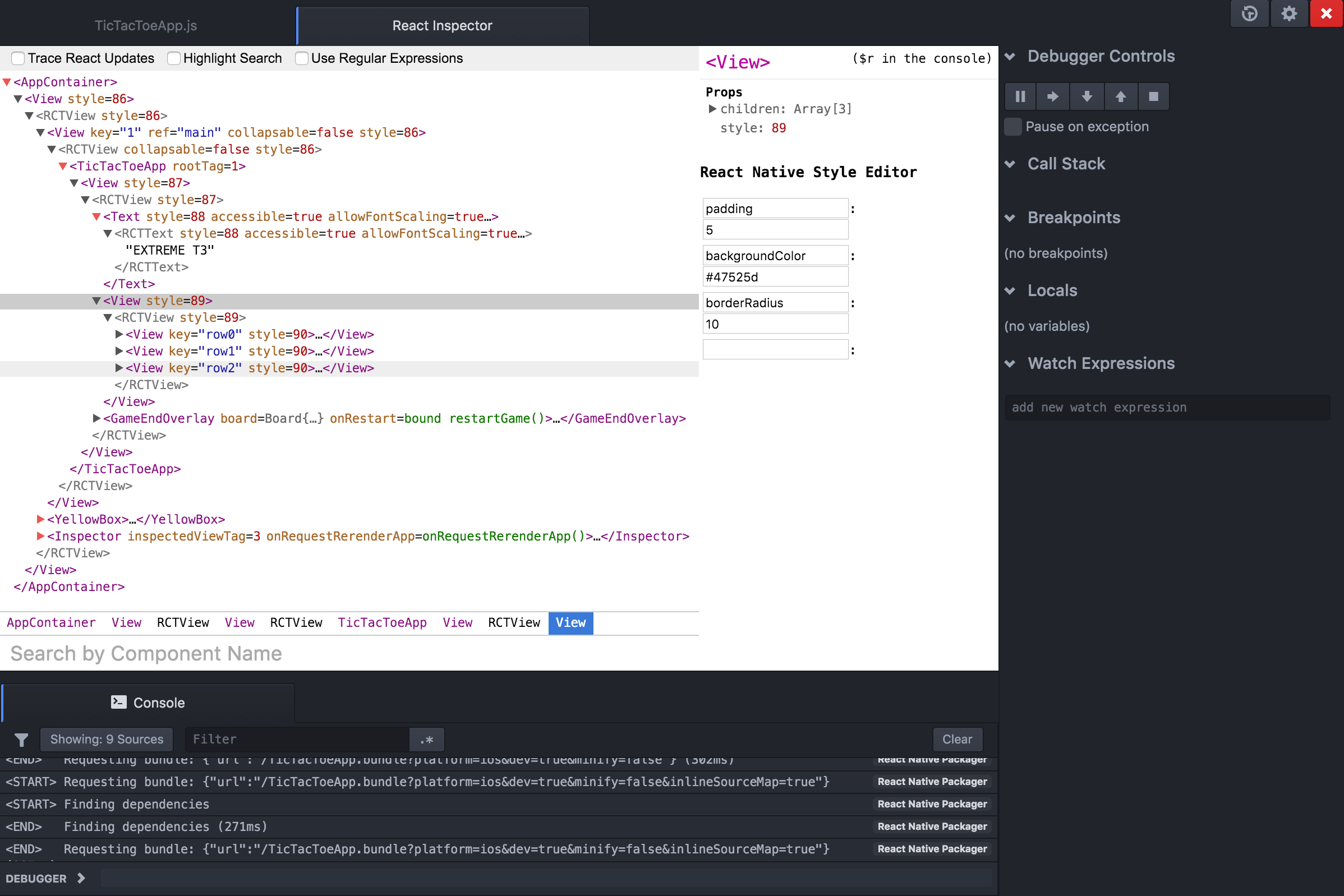 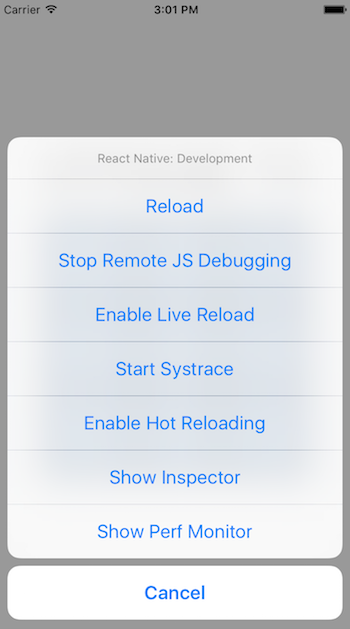 Both cases require a workspace path which should be set to the directory containing the package.json file of the debug target. Launching the debugger also requires specifying the platform to debug, either ios or android as well as the target, either simulator or device. Note that debugging on an iOS device requires some manual setup; see these instructions. In most cases the default port setting of 8081 will be correct.

Changing the port setting in the debugger may require external setup, see the issue on GitHub 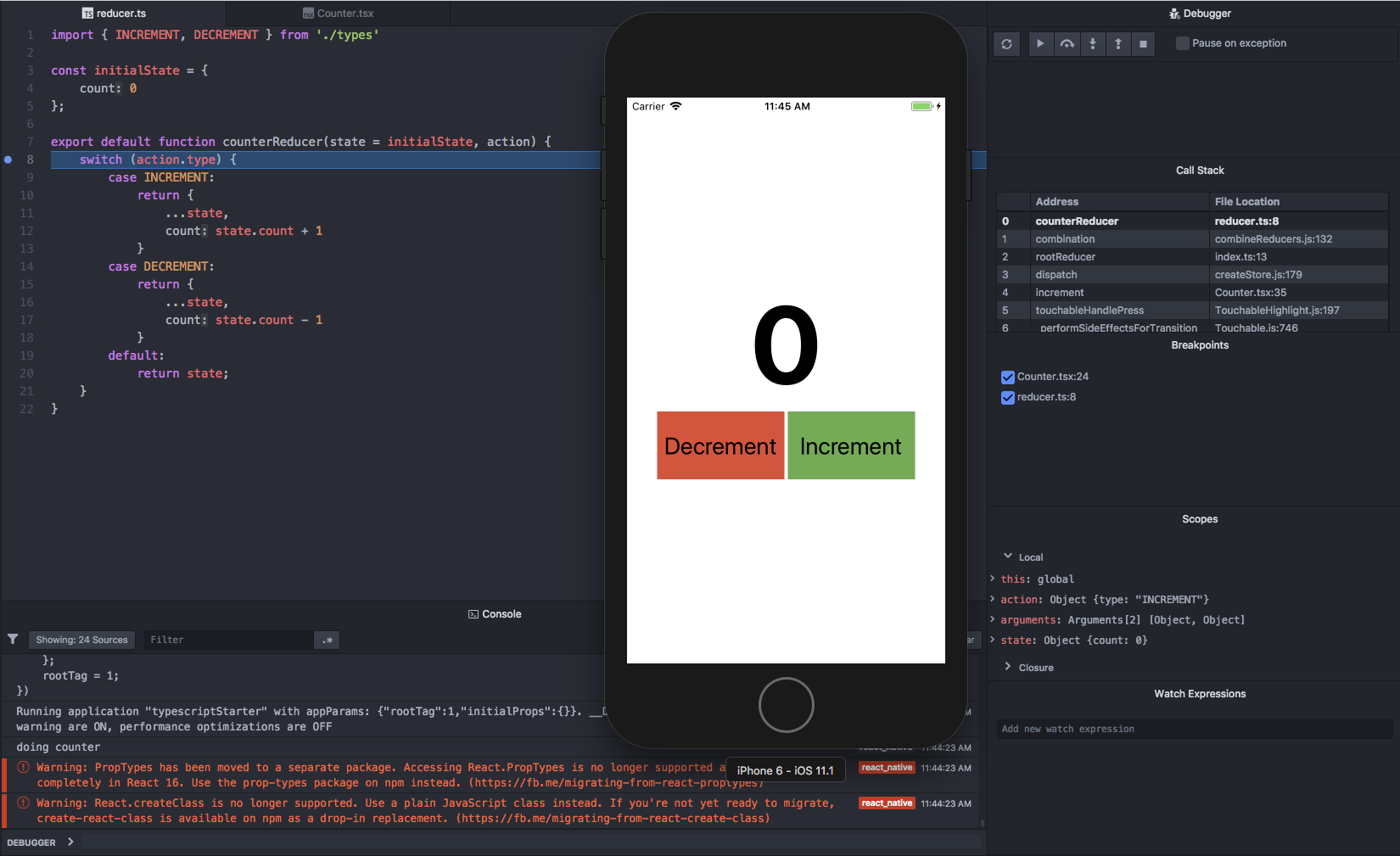 A DeprecationWarning: ‘root’ is deprecated error may appear when the program first runs, which can be safely dismissed.